If you are a fellow North Carolinian or a transport, we are sure at some point in time you have uttered the following words, “There is NOTHING to do in North Carolina!“ And to be honest, at one point in time, we were guilty of saying the same.  We looked to metropolitan cities such  as NYC and Atlanta, as the hubs of culture and fashion.  But little did we know, in the city of Greensboro, there is an premier annual fashion show event   which not only serves as an in- vogue production, but also as prolific networking event. This amazing event is the Triad Goodwill‘s ” Rock the Runway ” and byKikisol had the pleasure to attend!

This event took place on Friday, February 26 at the The Empire Room in downtown Greensboro (which deserves a post all on it’s own. This location is GAWJESS!!!).  The host for the evening was Lauren Melvin of WFMY News 2 , who was beautiful and entertaining.  The fashion show consisted of 7 designers who created a couture/high end collection from all donated and thrifted finds from the Goodwill. They also created a piece based on the ‘Unconventional Material’ category, which was paper this year, that we must say BLEW.OUR.MINDS!  The creativity from the designers and the element Triad Goodwill produced with this production felt as if we were at Fashion Week in NYC.  It surpassed our expectations! 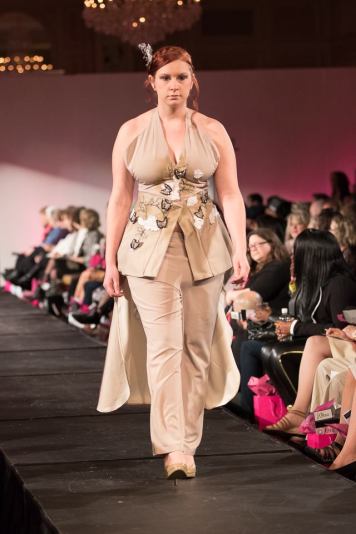 But the fashion show was just the half of it. The event also consisted of silent auctions, professional photo ops, bidding on the presented collections, and shopping at Willows Boutique while the DJ was spinning some throwback hits such as Montell Jordan’s “This is How We Do it.”  Clearly, Triad Goodwill was letting us know how THEY do it and we loved every minute of it! 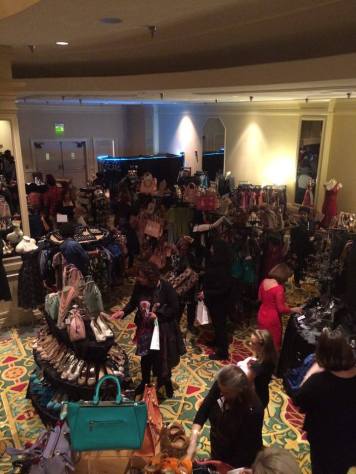 What’s even better,  it all was for a good cause.  All proceeds from the evening are used to benefit Goodwill’s mission of helping both un- and underemployed people in the Triad find meaningful work – How awesome is that?!

This was also a great opportunity for us to network and meet quite a few established and upcoming businesses in the Triad.  Candace’s Cupcake Creations was a sponsor for the #GoodwillRTR and let us tell you… her Banana Pudding flavored cupcakes..?!  Money. In. The. BANK! Do yourself a favor and get you some – today! Plus she is a super sweet G-boss who we definitely expect to see more of and her delicious treats!

We also met accessory designer, Sasha Woods of the Ultimate Earring Junki, who had quite a successful night at the #GoodwillRTR.  She provided the accessories for designer, Tiffany Flowers‘ collection and she won the News and Record Accessory Challenge by making a pair of earrings AAANNNNDDD a clutch out of paper!! Truly talented lady out of the Triad who you should check out for unique and original pieces. 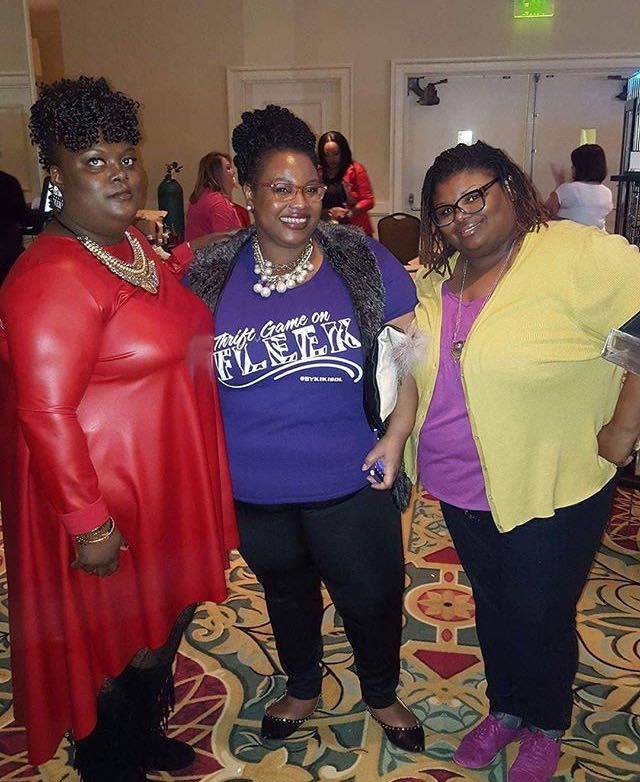 So add in fashion, atmosphere, shopping opportunities, and networking, you can pretty much say the Triad Goodwill’s Rock the Runway is an outstanding event you can not afford to miss!  Tickets for 2017 are already on sale.  Do yourself a favor and make sure you are there! You can thank us later. And now, PICTURES! 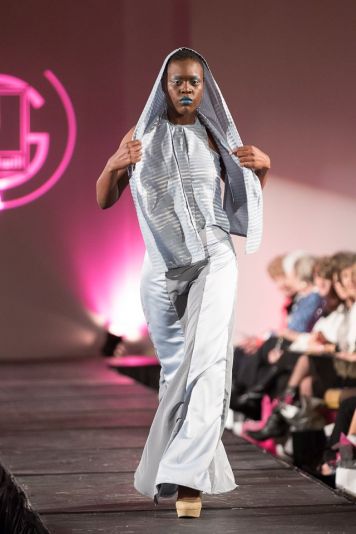 Congrats to Designer Brian on his win! We will see you in 2017 at next year’s Triad Goodwill’s Rock the Runway! 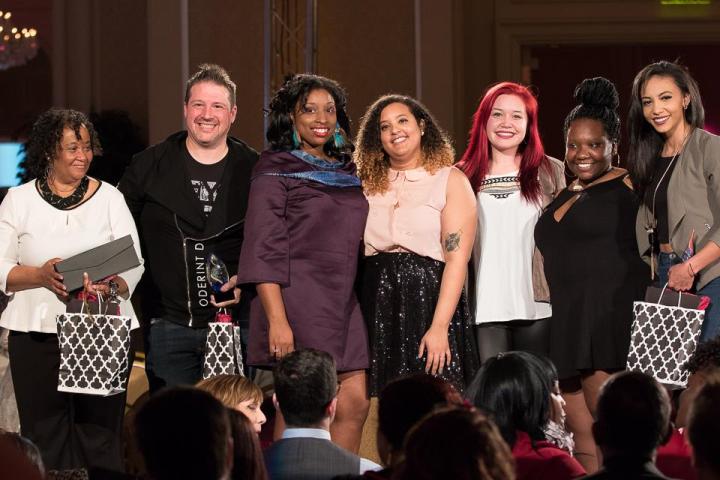 Until next time – Live F.A.B. with no regrets!

One thought on “Out & About | Triad Goodwill’s “Rock the Runway””

I don’t know what it’s like to have to hide in the closet. To be afraid to share Who I am or who I love . . I was blessed to be born to two individuals who only cared that I was a half decent person just trying to do their best. . . I never had to apologize that I kissed girls or even that my goal to give them grandkids was not coming the old fashion way. 🤷🏾‍♀️ . . I never had to question if I was loved or accepted. To be honest, I never had to “come out.” I just was me and that was enough. . . Unfortunately, everyone doesn’t have the same experience I was fortunate to have. And for that, we have days like #nationalcomingoutday. . . A day to share that there are safe spaces and no matter who you are and where you come from, it’s okay to share your truth. It doesn’t mean that things will be all roses or easy but it does mean that you’re not alone. And there are amazing organizations such as @humanrightscampaign , @lgbtqdurham @blackqueerjoy and my own, @thefabsociety, creating a community built on love, acceptance and presence. . . On this day, I share my love and strength with those, young and old, who still feel unsure about sharing their truth. Know that you’re not alone and that you only have to act on your own time. . . Either way, I love you, fam and smile, baby, cause this day is for you. 💋 🌈 💋🌈💋🌈💋🌈💋🌈💋
✨it’s 1000% okay to be your over the top, extra self! ✨
✨Anyone else have these kinda prep talks with themselves or that’s just me!? 🤷🏾‍♀️✨
✨being honest about your mental health is always a BOSS move that you should never be ashamed of! ✨ #mentalhealthawarenessmonth
✨Keep One 👁 Open✨ @janellemonae in @csiriano
✨Fashion Statement ✨ @lenawaithe @pyermoss
✨Just a casual life giving slayage at #metgala2019 from @theebillyporter ✨
✨STRAIGHT👏🏾LIKE👏🏾DAT✨ 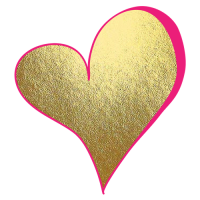 ✨Now, go forth and be great ! ✨ #mondaygoals
Friday is here, baby! And All roads are leading to the A!! @lifestyledhonors is going down in just a few hours and it’s gonna be 🔥 @phat_girl_fresh much love in creating such an amazing space and event! You’re a 💎 boo!
💕Tag all your pretty friends and let them know! 💕
Spring, where you at tho? 🌸 We’re ready.
Thanks Lord, good looking out!
This time, last week, we were winding down from the high of @powerplusweekend ..... it was truly amazing to link up with so many progressive folks in the plus size industry. Thank you to @thelady.kay and team for putting on such a gem of an event. ✨ If you didn’t make it this year, make sure you’re in the building in 2020.